While looking to create a piece about hispanic players in Major League Baseball, I ran into an issue trying to find data on the topic. Yes, 2020 has made for a strange year but it’s still baffling to think that this information isn’t readily available to the public. After all, we live in an era in which every question has an answer at the end of our fingertips.

So I dug a little deeper. I continued to search for a breakdown of player demographics. I found articles from 2017 and 2018, but very little more recently published. Likely, there is merely a lack of interest in the topic. But now that I’m fully into this thing I wanna get some answers. I want to be able to write something that can answer the question for people like me. It’s a simple question with a simple answer.

What is the demographic breakdown of MLB players? This is what I was able to find.

According to Infogram | MLB Players % by Race:

According to Statista the average age of an MLB player is 29.1 years old. 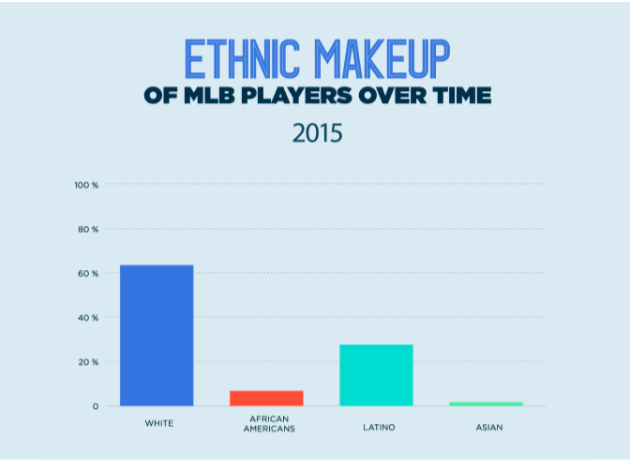 According to UPI | Number of MLB Players by Nationality:

There’s no motivation behind this post. The idea is merely to present unbiased data for educational purposes.

Keep in mind that the sport has not always been this diverse. Back in 1947, there were three Latin players in the league. Today, ten different foreign countries are represented by more than three players. As the game presses forward into the future, reaching more players around the globe the game, we the fans will be the ones to benefit the most. It’s all part of Keeping it Routine.

Best Walk Up Songs of All Time