Pitching is often thought of as an art - an act of finesse and touch. It’s about control. It’s about subtly making the ball dance with rhythm and pace. Throughout the years, each pitch has adopted a categorizing name such as the fastball, the changeup, the slider, the curveball, etc. Don’t be fooled. Just because they carry the same name doesn’t mean they do the same thing. The world has a lot of Frank Thomas’ but there’s only one ‘Big Hurt.’ Some guys just have a natural gift to make a round leather ball with 108 raised seams do things to mystify the human eye. So while it may have also been called a slider when you threw it at 15, that’s the only similarity to when Randy Johnson threw it to the tune of 303 wins and 4,875 Ks.

Warning: This isn’t just a list of impressive pitches. No no no. This is the filthiest, stinkiest, nastiest set of pitches, thrown season-after-season, by the greatest to ever toe the slab 60’ 6” away from home plate. This is the top 9 nastiest pitches in baseball history.

Here’s a challenge for you. Open another tab on your phone or browser. Type in ‘Nolan Ryan's fastball’ and search it. Do you see that? *Checks the source* Sports Illustrated has it listed at 108.5 miles per hour. One hundred and eight-point five miles per hour. C’mon now! Yes, there is more to this discussion about validity and all but let’s save the arguments for internet comment sections and take a moment to marvel at the absurdity of anyone throwing a ball near this hard. Add in a couple decent secondary pitches, a propensity to be wild (2795 career walks), and one of the toughest dudes (ask Robin Ventura) to ever take the bump and you’ve got yourself an unhittable pitch and a first-ballot ticket to Cooperstown. 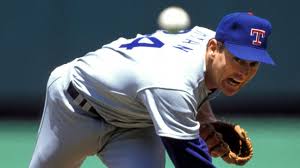 Have you ever ridden the Tower of Terror at Disney? The entire ride consists of a group of people piling into an old elevator and slowly rising 13 stories high. Once you reach the top of the building there’s a slight pause before… Boom! the cable snaps and everyone begins a rapid free-fall back towards Earth. There’s anticipation, excitement, and ultimately a tinge of relief when it’s all said and done.

Looking at the Dodger great, Clayton Kershaw’s 12-6, it’s a very similar ride. It appears to steadily climb towards the hitter, there’s a subtle pause before the floor drops out. What once appeared to be a fastball at the letters ultimately bounces in the dirt. There’s no doubt that Kershaw’s full arsenal is filth, but that curveball. Man, that curveball is something of a legend. And the tinge of relief? That comes from the batter that just struck out knowing he doesn’t have to face it again for another few innings. 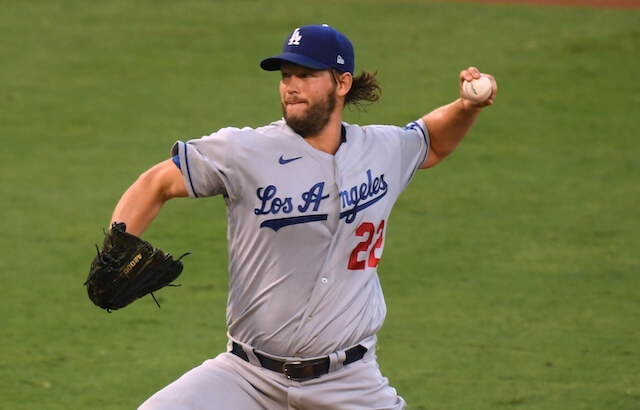 Bend your top knuckles, press your fingernails against the leather and make the ball dance as it floats through the air. We’ve all tried to throw it. 99% of us have failed. It’s the fabled knuckleball. Popularized by Hall of Famer Phil Niekro, (the only player in baseball history to win 300 games primarily throwing a knuckleball) the spinless-wonder was long considered only effective in the 60-70mph range.

That is until R.A. Dickey reinvented the pitch. Dickey, mired in mediocrity during the 2000s needed to find a new way to puzzle hitters. He knew he could throw a knuckleball but it never found much success in a game with it. That’s when he decided to reach back and ‘throw’ it. With the same arm action as a heater, Dickey began hurling knuckleballs at speeds exceeding 80mph (one report of 102 against the Phillies) that would dart just a few feet from the hitter. Dickey latched on with the Mets at the age of 35 and began a three-year stretch where he posted an average season of a 2.95 ERA over 205.2 IP. At an age when most pitchers are already out of the league, R.A. found himself winning the 2012 Cy Young. All thanks to the “angry” knuckleball. 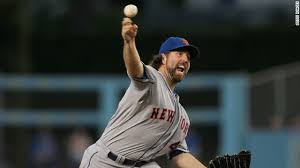 To the naked eye, Mo’s cutter wasn’t eye-popping. It didn’t reach extreme velocities like some of the other pitches on this list. It didn’t break like a Kershaw curve or Randy’s slider. It might actually be the most comfortable pitch to face on this list. However, it also might just be the most unhittable. All of these pitches have movement and a lot of these pitches have late movement. But none of these pitches moved as late as Rivera’s cutter. Dotted with pinpoint control and thrown in the low 90s, the cutter out Mo’s hand ran hard to the plate-like an NFL running back. Then, before you knew it, it slid to the left with the quickest, sharpest movement. Louisville Slugger probably made a mint off of the number of bats his cutter sawed off. Nobody ever squared it up on their barrel. Throwing it somewhere around 90% of the time, Mariano Rivera rode his cutter to 11 seasons of a sub-2 ERA, an all-time best 652 saves, 13 All-Star appearances, and 4 World Series Championships. It may have seemed unassuming to an onlooking fan but the numbers speak for themselves. 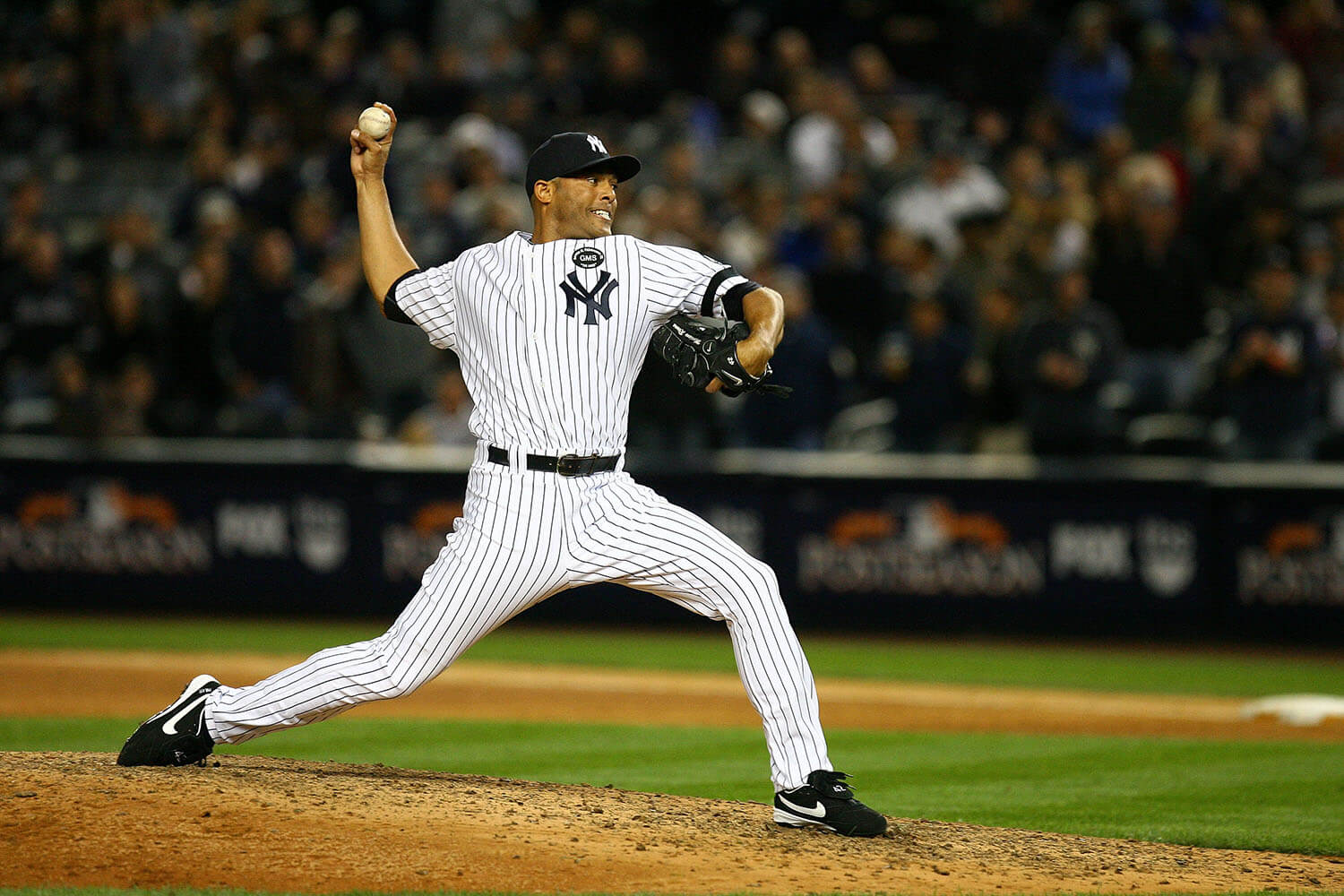 You probably know about the 100+ mph fastball (the same one that hit a bird in spring training) from the long, left side of the Big Unit, but what made Randy Johnson one of the greatest pitchers in history was his wipeout slider. With a low, three-quarter delivery, Johnson was naturally impossible on lefties. The development of his slider made him impossible on righties. With the late diving movement, it would often appear too good to pass up before bearing down on the back foot of a right-handed hitter. If you’re looking for the closest thing in present-day, check out Cy Young winner, Chris Sale. But if you really wanna know what it was all about, the opening clip from this video tells it all. 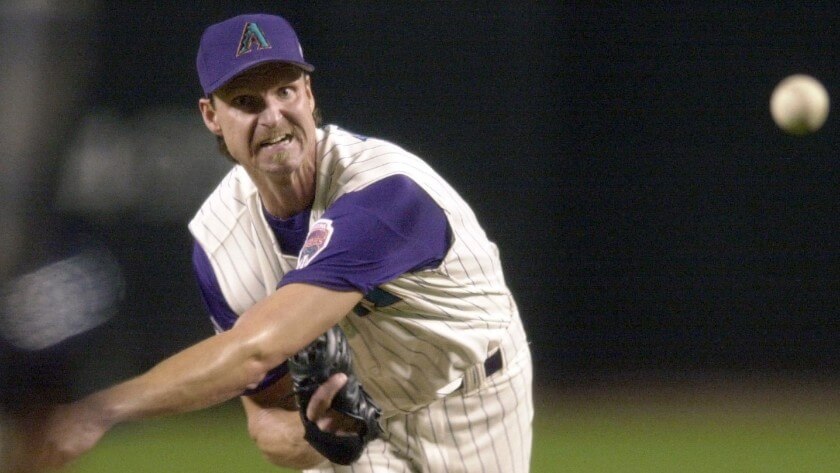 Without the reliance on quality video, this addition to the list is purely based on word of mouth and extreme career numbers. To the latter, Koufax concluded his career with five years with a 1.95 ERA, 100(!) complete games, 1444 strikeouts. He was as dominant as any pitcher in baseball history and according to Hall of Fame shortstop Ernie Banks, “Sandy’s curve had a lot more spin than anyone else’s. It spun like a fastball coming out of his hand. It jumped at the end.” Rick Dempsey, one of the only players to ever play an MLB game in four different decades, said that it “may have been the very toughest curve to hit ever.” because of its sharp 12-6 (like hands on a clock) drop, offering “less time in the strike zone.” 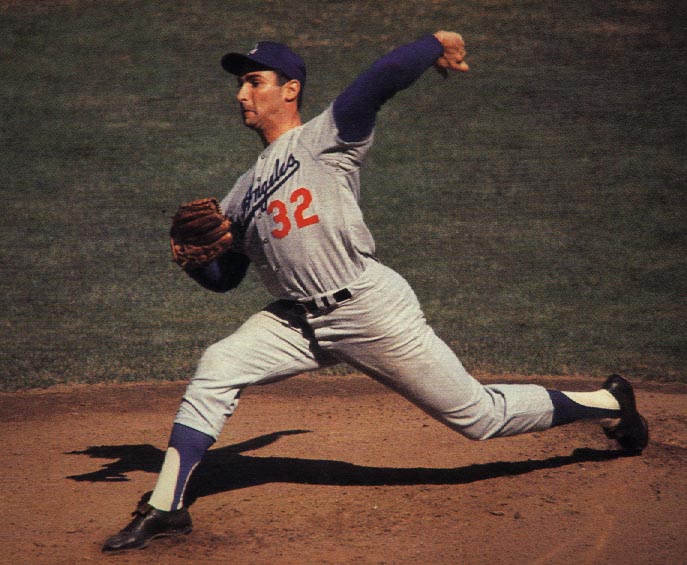 You know what’s hard to do when you’re standing at the dish? Wait. You’re all loaded up, ready to attack the oncoming pitch, and now you have to wait. The ball seemingly defying gravity’s effects refuses to get to the plate. You’ll never be late on a changeup, but you’re also never on time. Arguably the second-greatest closer to ever play at the Major League level mastered this art of deception. Learned after a shoulder injury that robbed Hoffman of his 97mph heater, Hoffman baffled lefties and righties at the dish with his changeup. It was nasty and his 601 career saves is a testament to that. 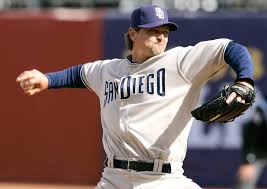 The closest thing to a modern-day screwball, Mad Dog’s two-seamer was ridiculous. Not blessed with a high-velocity arm and possessing the physical stature of your local accountant, Greg Maddux had a gift for manipulating a baseball in dazzling ways. If we all could throw like him, carnival games wouldn’t exist. While this pitch is a small benefactor of his precise control, the tailing movement of his two-seamer was unworldly. He was a puppeteer and he had that pitch on a string, pulling it back just in time for the home plate umpire to ring up another batter looking. 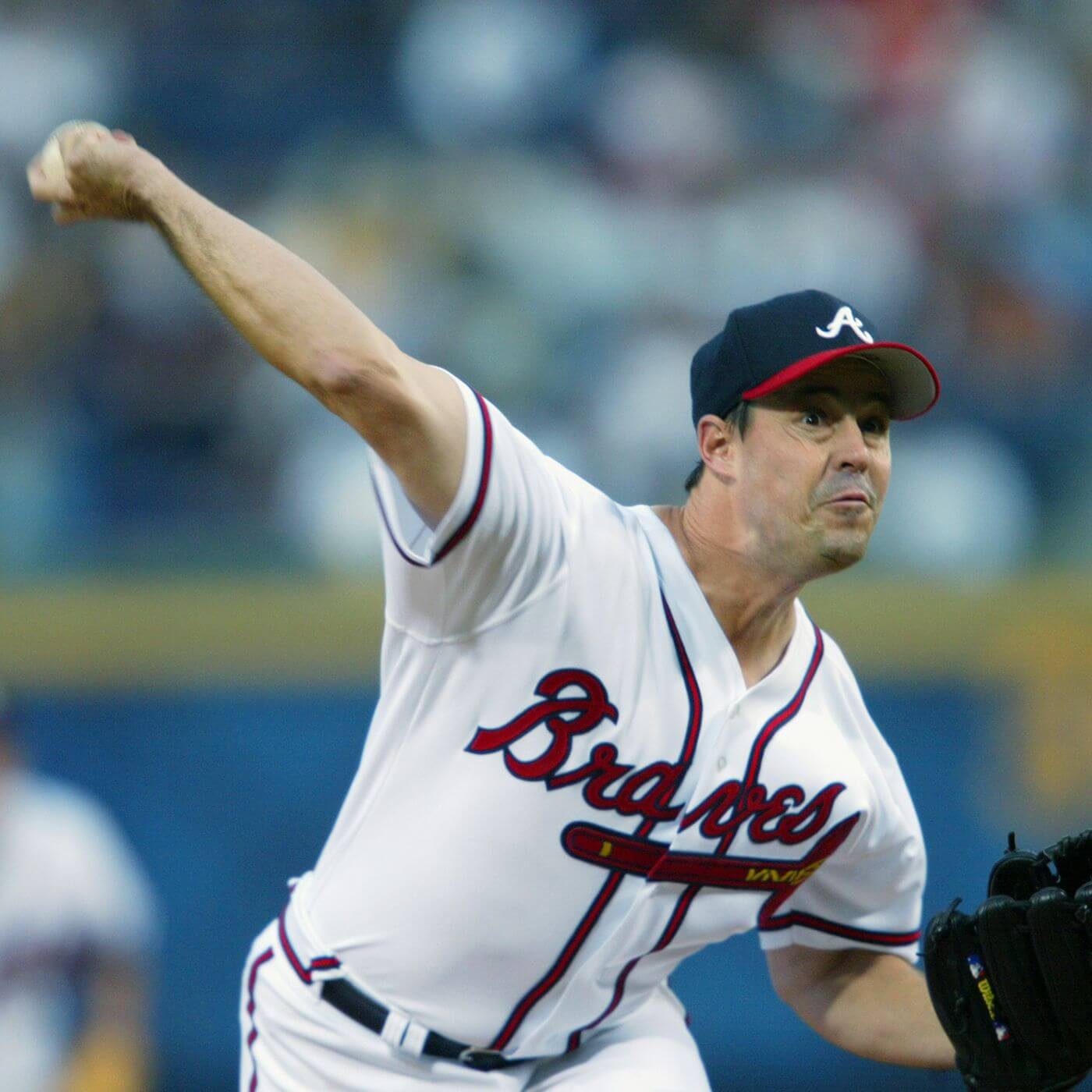 There is no doubt that Satchel Paige is one of, if not the, best pitchers in baseball history. But what Satchel realized was that pitching wasn’t just about taking the ball and throwing it. Satchel embraced the game of pitching. He found ways to make hitters feel uncomfortable. His best trick was his hesitation pitch. You might tune-in for a Giants game these days and watch Johnny Cueto’s present-day rendition. No, it didn’t have anything to do with the grip nor the movement. In fact, he’d throw anything he wanted with his hesitation pitch. It was all about his wind-up. Paige would rock as if it was all one fluid motion, raise his left leg high in the air, and the freeze. Frozen in time like your internet just went out, Paige could wait for multiple seconds before proceeding with the pitch. Hitters found themselves way out on their front foot, and there are even tales of swings before the ball left his hand. He was undoubtedly the most entertaining man in baseball. If you’re looking for more information about some of the Negro Leagues best, or just stories of their past, be sure to check out our ongoing series Storied available on Youtube and Spotify. 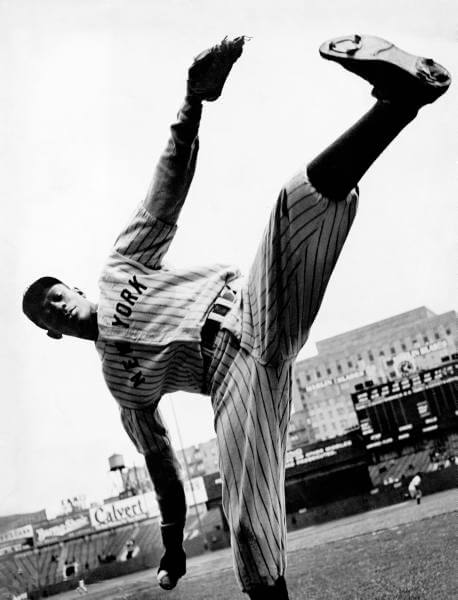 Until next time friends, Keep it Routine!

Best Walk Up Songs of All Time